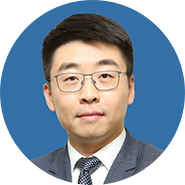 •        Mr. Xing has been in healthcare investment field for almost ten years. He is one of the founders of Sherpa Venture Capital, a newly established Healthcare fund.

•        Before Legend Capital, Mr. Xing worked for CCBI Healthcare Fund and led the 150m RMB investment to Bybo Dental Group in 2012, which was successfully acquired by Legend Holding one year later.

•        Other experience include Bayer Healthcare, etc.